He sends me roses

I know, it totally doesn’t make sense to anyone, but after being gone for a while do you just NOT know where to begin?  That has been my problem.  So just a few minutes ago, I decided.  Just begin at the latest memorable date….which was August 2nd 2010.

He sends me roses.  I think there just has to be a song or poem in that phrase SOMEWHERE and I probably have it in me…SOMEWHERE but not this minute in time…it will have to come later.  Maybe tomorrow.  But today I am sharing a verse I wrote years ago.  I have never shared it.  There hasn’t been a reason to.

He sends me roses…..every year….this year was no different.  If he could afford to send 40 he would have…but I would have skinned him alive….

I don’t know why, maybe because he sent me red roses for our first anniversary….and it has become….significant. 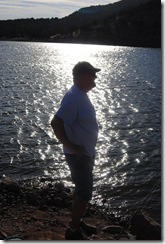 A fun weekend of fishing with friends set the pace for that special Monday….we were doing what we both love to do…even though it wasn’t a fancy expensive extravaganza…

Telling a tale about their adventures on the sea

Or a story about the life they lead

Or maybe a story of you and me.

They would talk about the mighty storms that rocked their grand ole ships;

About the sunsets on a paradise island, about gold and jewels and pirates;

They would tell of squabbles and brag a bit,

Each would think his tale was the better one,

Of life and loves, and it seems to me…

our life is a story just like the sea, never ending.

Think of two old friends, sitting in front of a barber shop;

Having a coke, and sharing a joke, telling a story;

They would talk about the good ole days, what it was like to be young and courting;

They would mention a love not soon to be be forgotten; a love with laughter, sorrow, and mourning.

These two old friends would chat a while and watch as people walked by;

Sometimes not having to say a word, each knowing what the other was thinking about….without being heard.

Think of two young lovers, sitting on an old porch swing; holding hands and giggling, watching falling leaves and listening to birds sing.  Stealing a kiss now and then and blushing; wondering if anyone was watching.

It is a story our lives once knew…innocent, tender and still true.

Think of a story, with a beginning and no end;

Of two lovers who have become the best of friends;

Two friends who became the best of lovers;

It could be told by two seafaring captains

This story is a special one, still being written, with all I have spoken of.

“He still sends me roses” 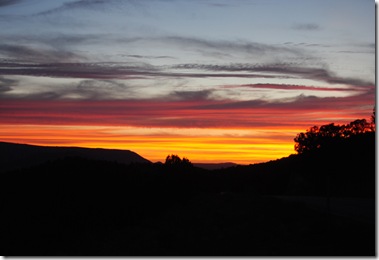 Because I'm Worth It